This Is (in fact) Our Youth (of today)

Posted by Viviana Vargas on September 23, 2014 in Plays in Performance

In inspiration through a guest workshop with Bill Marx today, I look at this drama criticism article of “This Is Our Youth” directed by Anna Shapiro with star name Michael Cera in the role of Warren. This article posted on the Village Voice website utilized two voices of criticism “One Veteran, One Youth”. I understand where they were going with this idea to give the “youth” a voice in this juxtaposition with a “veteran” critic; however, I also do not think it’s fair to expect this young writer, Annabel Finkel, who as far as I can search online has not written many other theatre reviews to be able to really review a play with enough judgement on the performance other than that it really speaks to her personally. Although similarly, “the veteran”, Tom Sellar, confirms his personal connection by emphasizing the retrospection coming older generation while watching the play. 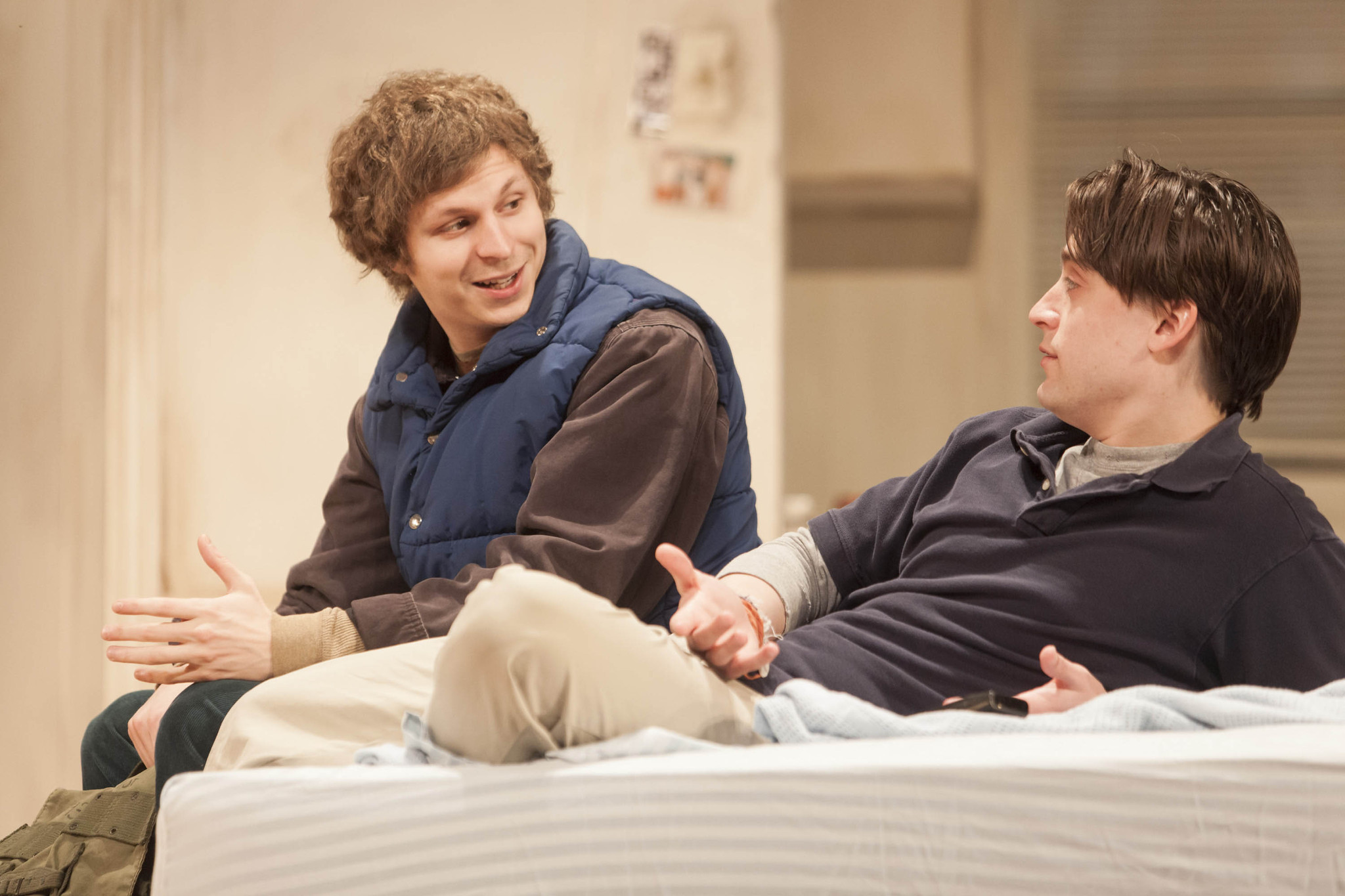 Perhaps, in doing this, the Village Voice, did articulate the contradiction “This Is Our Youth” tries to convey between the young and old.

I had the luxury of seeing the play in late August with orchestra seats in the second row. I can definitely attest to the importance of this youthful view of the play. Although it’s about teens in the 80’s, the experience and fear of adult independence is ever more prevalent in the millennial generation. The actress playing “Jessica” was an 18 year old blogger with 248,000 followers, epitomizing the connection to today’s young adults.

At the same time, in order for this play, not musical, to be so successful on Broadway it needs to appeal to the older generation who will buy these $100+ tickets. (If my ticket was sold that day I went it would have been worth over $1,000.) This older generation looks back at their 80’s, 70’s, 60’s youthful and confused decades and can reflect, laugh, cry, engage in the journey of these characters. Add these two old and young appeals to audiences to a big-name cast plus a good director and you get a Broadway top-selling non-musical show.