This One’s for the Kids

Posted by jennabilgore on October 17, 2013 in Plays in Performance

This weekend, I had the pleasure of seeing three of my peers in Phil Berman’s new play Three Blessed Brothers.

Now, compared to other plays done at Boston University, I’ll be honest– this one was an oddball.

Not only was it a comedy (an unheard of type of production here in the school of theatre), but it was a children’s show–fully equipped with puppets and all-too-catchy songs.

This adaptation of Native American folklore was successful on many levels. I cannot help but commend the playwright, the players, and the director. At the end of the quick fifty minutes, I found that tears were in my eyes and that my mouth was ajar. 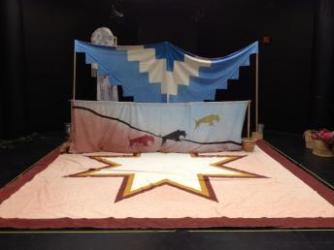 I have seen many a tragedy at BU. I have seen countless plays here where everyone surrounding me has been reduced to tears and yet, I have remained stoic. Perhaps, it is just that I have grown tired of the expectant two and a half hour tragedy.

However, this past Saturday, I was utterly surprised. Admittedly, I came into the black box theatre with my preconceived notions of what children’s theatre looked like: smiles that were too big, jokes that were too obvious, and morals that were too contrived.

I was wrong. So very wrong.

I doubled over in laughter countless times during the performance. I found myself engaged thoroughly in these brothers’ stories. When the play drew to a close, I found myself enraptured by its poignant message.

This was a discussion I had not even thought of having until I came to college. When I finally recognized my own personal privilege (as a white Jewish girl who can attend a private university), I was met with guilt-ridden identity crises. I still wrestle with this concept. I still have to in order to justify the stories I create and the stories I share.

Still, after letting the play ruminate in my brain, I became more and more confident in Berman’s approach to this topic. Three Blessed Brothers allows children to start this discussion early in the most honest and unassuming way. By presenting this greater social theme within the context of folklore, this conversation can truly be one that teaches and inspires individual reflection. 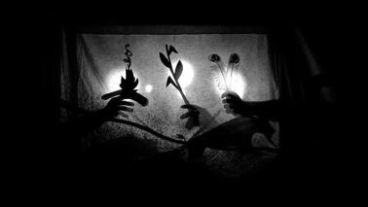 I could not have imagined discussing this topic in a more perfect manner for myself. Clearly, I underestimated the power of clear and effective story telling. A clear story transcends to all ages, no matter who the “target demographic” is.

Thank you to all who worked on Three Blessed Brothers. You have proven that children’s theatre is certainly not exclusively for children. Rather, it is for the glimmers of innocent optimism that still lives in our hearts.